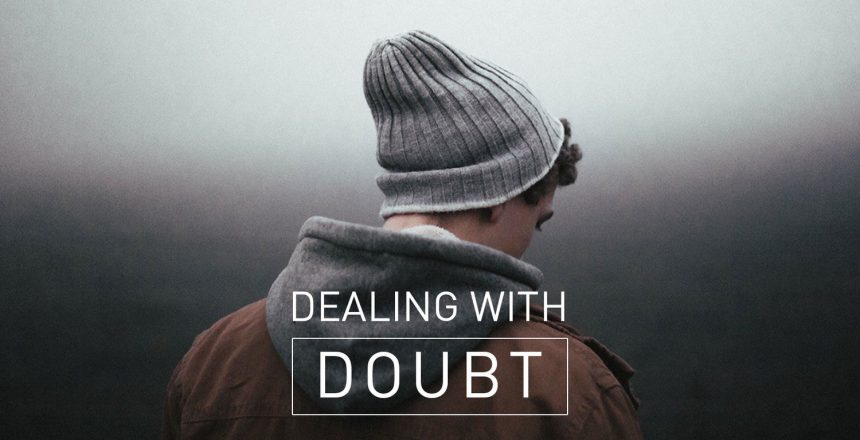 God is not offended by our doubt. God designed us to seek truth, that we might grow in our knowledge of Him. So why do we feel that it’s bad, if not wrong, to question God, Jesus and the Bible? God knows that we will have questions and doubts because we can’t see the big picture like He does.

No one is immune to doubt. It can and does happen to us all. You’ve just got to know how to handle it when it comes. Even the greatest men and women of faith recorded in the Bible had to deal with doubt.

John the Baptist had been cast into prison for criticizing Herod about marrying his brother’s wife. It was during that imprisonment that he became so discouraged that he asked two of his disciples to go to Jesus and ask Him if He really was the Christ.

Matthew 11:2-3 (ESV) 2 Now when John heard in prison about the deeds of the Christ, he sent word by his disciples 3 and said to him, “Are you the one who is to come, or shall we look for another?”

This is especially shocking when it comes to John because he was certain of who Jesus was. He had no doubts. Upon seeing Jesus, John said in John 1:29 (ESV) “The next day he saw Jesus coming toward him, and said, “Behold, the Lamb of God, who takes away the sin of the world!” and in 1 John 1:34 (ESV) “And I have seen and have borne witness that this is the Son of God.”

So what changed? Why doubt now? John had spent his entire life preparing for the coming of the Messiah. Yet, now with pain, unmet expectations and imminent death in his future, he begins to doubt. This happens to even the spiritually strongest among us.

Jesus would give John’s disciples an answer John 11:4-6 (ESV) 4 And Jesus answered them, “Go and tell John what you hear and see: 5 the blind receive their sight and the lame walk, lepers are cleansed and the deaf hear, and the dead are raised up, and the poor have good news preached to them. 6 And blessed is the one who is not offended by me.”

Jesus had performed all the miracles that Isaiah had prophesied. That was the proof that John would need to have his doubts alleviated and his faith restored. John’s would have his faith restored by the Word of God that he had studied his whole life.

The reason Jesus didn’t try to make John feel better with a few kind words, or try to visit him in prison, was not because He didn’t care. He cared for John so much that He gave John His best. The written Word of God. Jesus knew that what John truly needed to hear was the Word of God that would stir his faith again to overcome the temptation of doubt.

That’s why in Romans 10:17 (ESV), it says 17 So faith comes from hearing, and hearing through the word of Christ. That’s how Jesus dealt with own His temptations in the desert for 40 days (Matthew 4:4), and this still remains as God’s best way for us to deal with our own temptations to not believe.

Maybe there’s a reason the Lord hasn’t used a more emotional and sentimental approach to deliver you from your doubts. Maybe it’s because He loves you so much that He’s trying to help you operate in the highest form of faith. A faith that takes Him at His Word. If the least of the believers today are greater than John the Baptist was then (Matthew 11:11). Then the Lord is wanting us to deal with our doubts in the same way He helped John overcome his.