Jesus: The Model for Real Manhood 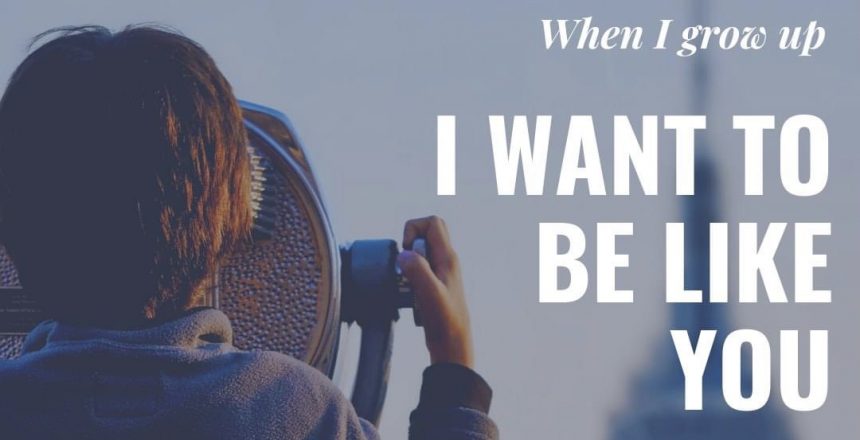 Jesus demonstrated the perfect balance of masculine strength, boldness with gentleness and care. He was a leader and also a servant. He worked hard, loved all people and never diverted from His mission. This world needs men who model their lives after the perfect example of manhood—Jesus Christ.

Missing Fathers and a lack of strong positive role models has us looking to false representations of manhood. Today’s world needs men who not only live by Christ’s teachings, but imitate the entire example of how He lived His life.

1 Peter 2:21 (ESV) 21 For to this you have been called, because Christ also suffered for you, leaving you an example, so that you might follow in his steps.

1 John 2:6 ESV) 6 whoever says he abides in him ought to walk in the same way in which he walked.

We are reminded that Jesus’ example can transform us individually, and our society as well. Jesus is the perfect representation of true masculinity and manhood. He was (and is) the perfect balance of all the characteristics a man should strive to build today.

Consider these 6 Essential Lessons about Real Manhood from the life of Jesus Christ:

Though the Bible provides few details about the childhood of Jesus Christ, we do have enough details to know that Jesus was focused on His education and preparation for adulthood.

Luke 2:52 (ESV) records, 52 And Jesus increased in wisdom and in stature and in favor with God and man.

That didn’t just happen. Jesus studied and applied Himself. We see an example of this when He stayed behind in Jerusalem after the Passover. His parents went looking and eventually found Him.

Luke 2:46 (ESV) 46 After three days they found him in the temple, sitting among the teachers, listening to them and asking them questions.

Jesus Christ’s example for young men today is to take your education and preparation for your life seriously. Don’t waste your early years, or any years for that matter. Be focused on your future, your purpose and the preparation needed to achieve your goals.

Jesus’s life was an example of work and productivity. In His adult life, we know of Jesus having two primary occupations—carpenter and teacher. His young adult years were primarily spent working in the carpentry profession, learning the profession from Joseph and probably working in a family business with His physical brothers.

Matthew 13:55 (ESV) 55 Is not this the carpenter’s son? Is not his mother called Mary? And are not his brothers James and Joseph and Simon and Judas?

Mark 6:3 (ESV) 3 Is not this the carpenter, the son of Mary and brother of James and Joses and Judas and Simon? And are not his sisters here with us?”

After about the age of 30, Jesus transitioned into a teacher and spent the rest of His physical life traveling across Judea, Samaria and Galilee preaching, teaching, healing, training His disciples and working with individuals one-on-one. In fact, Jesus’ life was so active and productive that there wasn’t room in the Gospels to record all He did.

John 21:25 (ESV) 25 Now there are also many other things that Jesus did. Were every one of them to be written, I suppose that the world itself could not contain the books that would be written.

Jesus’s example for men today is to develop a strong work ethic and a strong character. Real men don’t linger in a childhood mentality focused on entertainment, inactivity and laziness—they grow up and work They work to support themselves—and have a drive to be productive.

Jesus Christ lived in a society that had little regard for women. But Jesus stood out as a Man who treated women with honor and respect. He spoke to women publicly, even when it was taboo to do so in the culture of His time.

John 4:7-9 (ESV) 7 A woman from Samaria came to draw water. Jesus said to her, “Give me a drink.” 8 (For his disciples had gone away into the city to buy food.) 9 The Samaritan woman said to him, “How is it that you, a Jew, ask for a drink from me, a woman of Samaria?” (For Jews have no dealings with Samaritans.)

Jesus highlighted women’s actions as lessons for others to follow.

Mark 12:44 (ESV) 44 For they all contributed out of their abundance, but she out of her poverty has put in everything she had, all she had to live on.

Mark 14:8-9 (ESV) 8 She has done what she could; she has anointed my body beforehand for burial. 9 And truly, I say to you, wherever the gospel is proclaimed in the whole world, what she has done will be told in memory of her.

Jesus showed concern for women who were suffering.

Jesus honored and respected His mother.

Luke 2:51 (ESV) 51 And he went down with them and came to Nazareth and was submissive to them. And his mother treasured up all these things in her heart.

Jesus’ example for men today is to respect all women and treat them with honor, dignity, and respect.

Jesus was never obsessed with fame and success. In fact, Satan tried to tempt in the desert with it and failed. He also taught his male disciples, who were always trying to position themselves for status and honor, that true greatness was found in humility and service to others.

Mark 9:33-35 (ESV) 33 And they came to Capernaum. And when he was in the house he asked them, “What were you discussing on the way?” 34 But they kept silent, for on the way they had argued with one another about who was the greatest. 35 And he sat down and called the twelve. And he said to them, “If anyone would be first, he must be last of all and servant of all.”

In a world that promises to offer immediate gratification financially, emotionally, and sexually. Christian manhood may seem unattractive and even pointless. Why live selflessly and sacrificially when I can do the opposite and enjoy instant pleasure? When society tells us that leadership amounts to privilege, Jesus reminds us that leadership and Real Manhood isn’t an opportunity to be served, but a calling to serve sacrificially.

5. Real Men Respect Kids. Though Jesus had a busy and active schedule, He didn’t consider anyone a waste of His time, especially children. Unlike those around him, Jesus saw the value of children, and their importance to His kingdom.

We read about parents bringing children to Jesus for Him to bless.

Mark 10:13-16 (ESV) 13 And they were bringing children to him that he might touch them, and the disciples rebuked them. 14 But when Jesus saw it, he was indignant and said to them, “Let the children come to me; do not hinder them, for to such belongs the kingdom of God. 15 Truly, I say to you, whoever does not receive the kingdom of God like a child shall not enter it.” 16 And he took them in his arms and blessed them, laying his hands on them (see also Luke 18:15-17).

Jesus frequently healed children of ailments and interacted with children with love and gentleness.

Mark 5:39-43 (ESV) 39 And when he had entered, he said to them, “Why are you making a commotion and weeping? The child is not dead but sleeping.”40 And they laughed at him. But he put them all outside and took the child’s father and mother and those who were with him and went in where the child was. 41 Taking her by the hand he said to her, “Talitha cumi,” which means, “Little girl, I say to you, arise.” 42 And immediately the girl got up and began walking (for she was twelve years of age), and they were immediately overcome with amazement.

Jesus’ example for men today is to not ignore children, but to pay attention to them and protect them. A real man doesn’t ignore or abandon children for someone else to care for, pray for and raise in the love and knowledge of Jesus Christ.  A real man chooses to care for and bless children as Jesus did.

Jesus Christ experienced temptations to sin and resisted every temptation. Jesus never sinned and was the spotless lamb of God, one perfect sacrifice for all humanity.

Hebrews 4:15 (ESV) 15 For we do not have a high priest who is unable to sympathize with our weaknesses, but one who in every respect has been tempted as we are, yet without sin.

This was possible because Jesus governed Himself by a moral code that came from the Father’s Heart and he never deviated from it. Jesus’ example for men today is to not be driven by urges, what feels good or what’s convenient. This world needs men who will govern themselves by the same moral code that Jesus had.

In a violent and vengeful era, Jesus taught people to turn the other cheek, and to love your enemies.

Matt. 5:38-48 (ESV) 38 “You have heard that it was said, ‘An eye for an eye and a tooth for a tooth.’ 39 But I say to you, do not resist the one who is evil. But if anyone slaps you on the right cheek, turn to him the other also. 40 And if anyone would sue you and take your tunic, let him have your cloak as well. 41 And if anyone forces you to go one mile, go with him two miles. 42 Give to the one who begs from you, and do not refuse the one who would borrow from you. 43 “You have heard that it was said, ‘You shall love your neighbor and hate your enemy.’ 44 But I say to you, Love your enemies and pray for those who persecute you, 45 so that you may be sons of your Father who is in heaven.

To put away the sword.

Many think that Jesus’ cleansing of the temple was a display of “manly” anger and violence.

Mark 11:11-17 (ESV) 11 And he entered Jerusalem and went into the temple. And when he had looked around at everything, as it was already late, he went out to Bethany with the twelve. 12 On the following day, when they came from Bethany, he was hungry. 13 And seeing in the distance a fig tree in leaf, he went to see if he could find anything on it. When he came to it, he found nothing but leaves, for it was not the season for figs.14 And he said to it, “May no one ever eat fruit from you again.” And his disciples heard it. 15 And they came to Jerusalem. And he entered the temple and began to drive out those who sold and those who bought in the temple, and he overturned the tables of the money-changers and the seats of those who sold pigeons. 16 And he would not allow anyone to carry anything through the temple. 17 And he was teaching them and saying to them, “Is it not written, ‘My house shall be called a house of prayer for all the nations’? But you have made it a den of robbers.”

However, Mark’s account shows that Jesus actually went into the temple and “looked around at everything” the day before (Mark 11:11), returning the next day to drive out the money changers and merchants (11:12-17).

Jesus reflected overnight on what he saw in the temple and decided on a plan of action. It was not, as often taught or imagined, a spur-of-the-moment violent rage. Rather, it was a calculated public protest.

Jesus never lost his temper the way we do. So, so we cannot use this story or any other excuse as a licence to “lose it”. A real man, made in the image of Jesus, shows control.