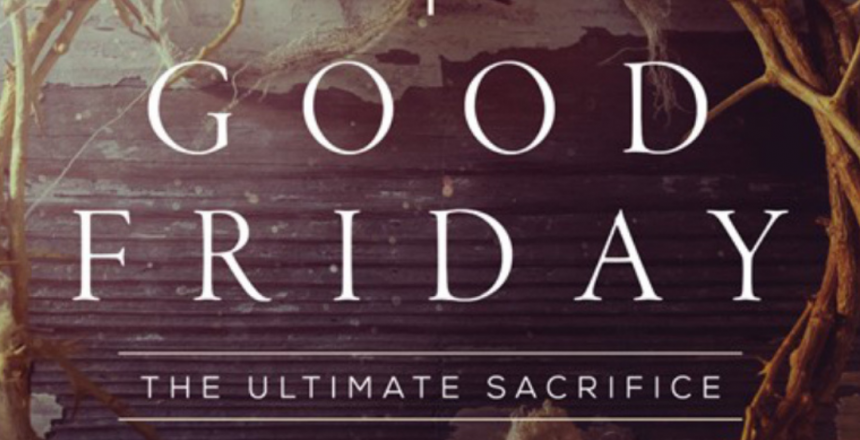 Good Friday. How can we even begin to describe such a day? The putting to death of an innocent man, known for good, by a humanity filled with self-righteousness and wrong. This is the story of Jesus the teacher, healer, friend of sinners, Messiah, Son of God, Savior and King of a kingdom that will have no end, in Heaven and on earth.

Good Friday is a day marked by suffering, sorrow and stifling pain. Yet no day in the history of humanity reveals a greater love towards humankind than this day. This is the single greatest sacrifice, with the power to reverse the curse of sin and raise us from the dead, those who would believe in His sacrificed life.

We almost believed God was dead, as Satan laughed, but the laughing of the enemy was stopped and his plans would be obliterated. Through the death of Jesus, we His people who were utterly broken, were made whole again and are now unstoppable.

Jesus overcame our sin and unpaid debt. He reconciled us to the Heavenly Father by erasing our rebellion, guilt and shame. Even though it was our sin that would drive the nails, and spear into his body. It would also be our sin that would stop his heart. Yet he never stopped loving us, and with our lives securely in his nail pierced hands. He delivered us once and for all, by way of the cross, by defeating death with His own temporary death.

Because of Good Friday, God would once again offer us a peace and a blessing beyond understanding. We would receive a life of fulfillment and abundance. We would experience the power of forgiveness and redemption. We would become witnesses to the reality of the weak, finally made strong and the lost finally found.

1 Peter 3:18 (ESV) 18 For Christ also suffered once for sins, the righteous for the unrighteous, that he might bring us to God, being put to death in the flesh but made alive in the spirit.

It is Finished. That’s why it’s Good Friday.