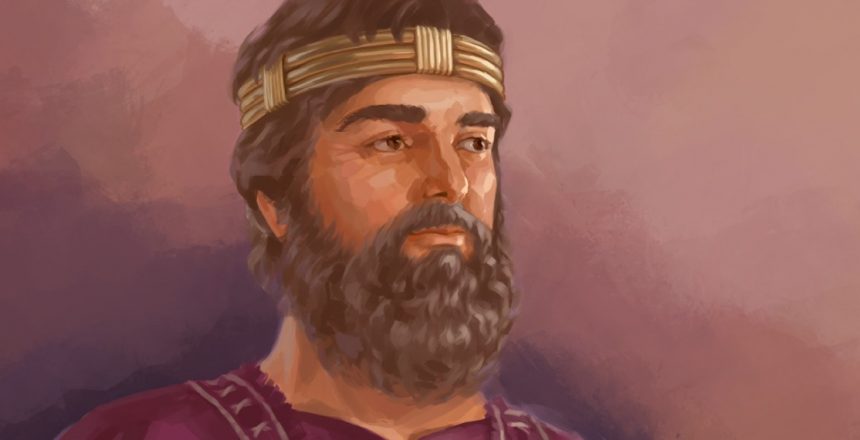 Meet Saul: The First King
King Saul had the honor of being Israel’s first king, but his life turned into a tragedy for one reason. Saul did not trust in God.

Like every Bible character’s story, the life of King Saul serves as a mirror for us to uncover our own faults, confess them to God, and make changes.

King Saul lost God’s favour because he disobeyed. Sin offends God, but through faith in Jesus Christ, people today can have forgiveness of sin and eternal life.

Saul looked like royalty: tall, handsome, noble. He became king when he was 30 years old and reigned over Israel for 42 years.

Early in his career, Saul made a fatal mistake. He disobeyed God by failing to completely destroy the Amalekites and all their possessions, as God had commanded. A key part of the conditional covenant between God and Israel was obedience. Saul, as God’s anointed king, was responsible for keeping that command.

The Lord withdrew his favor from Saul and had Samuel the prophet anoint David as king.

Some time later, David killed the giant Goliath. As the Jewish women were dancing in a victory parade, they sang: “Saul has slain his thousands, and David his tens of thousands.” (1 Samuel 18:7, NIV)

Because the people made more of David’s single victory than all of Saul’s, the king went into a rage and became jealous of David. From that moment he plotted to kill him.

Instead of building up Israel, King Saul wasted most of his time chasing David through the hills. David, however, respected God’s anointed king and despite several opportunities, refused to harm Saul.

Finally, the Philistines gathered for a huge battle against the Israelites. By that time Samuel had died. King Saul was desperate, so he consulted a medium and told her to raise Samuel’s spirit from the dead. This kind of occult activity angered God because it relied on satanic forces instead of him. Whatever appeared, whether a demon disguised as Samuel or Samuel’s true spirit sent by God, it predicted disaster for Saul.

In the battle, King Saul and the army of Israel were overrun. Saul committed suicide. His sons were killed by the enemy. Ironically, David, who had been hounded by Saul for years, sincerely mourned the king’s death.

Saul was chosen by God himself to be the first king of Israel. Saul defeated many of the enemies of his country, including the Ammonites, Philistines, Moabites, and Amalekites. He united the scattered tribes, giving them greater strength. He reigned for 42 years.

King Saul was courageous in battle. He was a generous king. Early in his reign he was admired and respected by the people.

Saul could be impulsive, acting unwisely.

His jealousy of David drove him to madness and a thirst for revenge.

God wants us to depend on him. When we do not and rely instead on our own strength and wisdom, we open ourselves to disaster. God also wants us to go to him for our sense of worth. Saul enjoyed his popularity with the people, forgetting he had been appointed king by God. Saul’s first allegiance was to God, as is ours. We should not forget, as Saul did, that we are all servants of God first.

Saul’s jealousy of David blinded Saul to what God had already given him. When we compare ourselves with others, we become confused. We want what they have instead of using what God has equipped us with for our own specific mission. We can stray from God and try to get what we want on our own. Life with God has direction and purpose. Life without God is meaningless.

God expects total obedience, not partial obedience with excuses. When God ordered Saul to completely destroy the Amalekites, including their livestock, Saul spared their king and some of the choice animals. Saul then lied to Samuel, saying the livestock would be used for a sacrifice. Saul thought he knew better than God. That is sin, and it always has adverse consequences.

King Saul hails from the land of Benjamin, north and east of the Dead Sea, in Israel.

References to King Saul in the Bible

1 Samuel 15:22-23
But Samuel replied: “Does the LORD delight in burnt offerings and sacrifices as much as in obeying the LORD? To obey is better than sacrifice, and to heed is better than the fat of rams. For rebellion is like the sin of divination, and arrogance like the evil of idolatry. Because you have rejected the word of the LORD, he has rejected you as king.” (NIV)