The Silence & Solitude Of Prayer 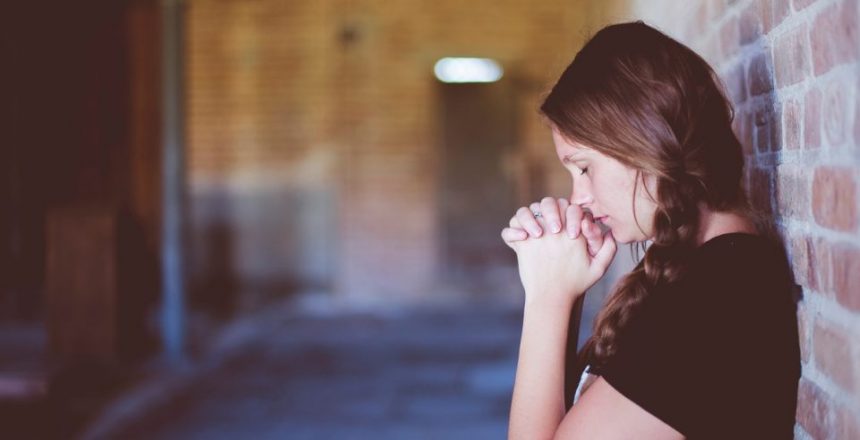 Jesus regularly escaped the noise and frenzy of society and ministry to be alone with his Father, where he could give him his full attention. The wilderness or any desolate place would become his sacred space for this essential connection.

The Bible makes it unmistakable that this pattern of retreat and re-entry was part of the ongoing dynamic of Jesus’ human life. Jesus “departed and went into a desolate place” (Luke 4:42), – not just once but regularly. “He would withdraw to desolate places and pray” (Luke 5:16).

After “his fame spread everywhere” (Mark 1:28), and “the whole city was gathered together at the door” (Mark 1:33). Jesus took a remarkable step. He slipped away the following morning to restore his soul by rising very early in the morning, while it was still dark, he departed and went out to a desolate place, and there he prayed (Mark 1:35).

Continually Jesus withdrew from people, daily life activities, and the demands of his ministry to be alone with the Father and pray. Jesus’ solitude and silence is a major theme in the Gospels. His ongoing, intimate relationship with his Father was the source of his compassion, wisdom, and power.

Jesus invites us to join him in his solitude so we can know God as Abba too and share his love with others.

Here is a chronological survey of NIV & ESV Bible verses from Mark and the Gospels that highlight Jesus’ solitude and silence.

Mark 1:12 “At once the Spirit sent [Jesus] out into the desert, and he was in the desert forty days, being tempted by Satan. He was with the wild animals, and angels attended him.”

Mark 1:35 “Very early in the morning, while it was still dark, Jesus got up, left the house and went off to a solitary place, where he prayed.” (Everyone was looking for Jesus, but after his time in prayer he told his disciples that it was time for them to move on to another village).

Mark 1:45 & Luke 5:15-16 “Despite Jesus’ plea that his miracles be kept secret the news about him spread all the more, so that crowds of people came to hear him and to be healed of their sicknesses. But Jesus often withdrew to lonely places and prayed.”

Mark 2:13 “Once again Jesus went out beside the lake.”

Mark 2:23 “One Sabbath Jesus was going through the grainfields, and his disciples walked along.”

Mark 3:7 “Jesus withdrew with his disciples to the lake, and a large crowd from Galilee followed.”

Mark 4:1 & Matthew 13:1-3 “Jesus went out of the house and sat by the lake. Such large crowds gathered around him that he got into a boat and sat in it, while all the people stood on the shore. Then he told them many things in parables.”

Matthew 14:13 “When Jesus heard [that John the Baptist had been beheaded], he withdrew by boat privately to a solitary place.”

Mark 6:31-32 “Because so many people were coming and going that they did not even have a chance to eat, [Jesus] said to [his disciples], ‘Come with me by yourselves to a quiet place and get some rest.’ So they went away by themselves in a boat to a solitary place.”

Mark 6:46 & Matthew 14:23 “After [Jesus] had dismissed [the crowds], he went up on a mountainside by himself to pray. When evening came, he was still there alone.”

Mark 7:24 “ Jesus entered a house and did not want anyone to know it; yet he could not keep his presence secret.”

Matthew 15:29 (ESV) “Jesus went on from there and walked beside the Sea of Galilee. And he went up on the mountain and sat down there.”

Mark 9:2 “Jesus took Peter, James and John with him and led them up a high mountain, where they were all alone. There he was transfigured before them.”

John 7:10 (ESV) “After his brothers had gone up to the feast, then [Jesus] also went up, not publicly but in private.”(Jesus walked 90 miles from Galilee to Jerusalem, which gave him about five days in solitude.)

Luke 11:1 “One day Jesus was praying in a certain place. When he finished, one of his disciples said to him, ‘Lord, teach us to pray.’”

John 10:39-41 (ESV) “Again [the religious leaders in Jerusalem] sought to arrest [Jesus], but he escaped from their hands. He went away again [walking about five miles] across the Jordan to the place where John had been baptizing at first, and there he remained. And many came to him.”

Mark 10:32 “They were on their way up to Jerusalem, with Jesus leading the way, and the disciples were astonished, while those who followed were afraid.” (Apparently Jesus kept silent for most of the 22-mile hike. Luke says Jesus was “resolute” (9:51). He told them that he’d be tortured and killed in Jerusalem.)

Mark 14:32 “They went to a place called Gethsemane, and Jesus said to his disciples, ‘Sit here while I pray.’”