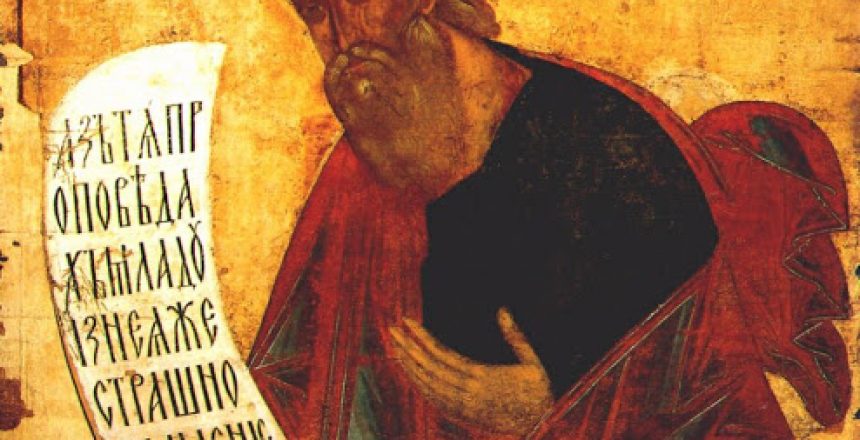 According to Zephaniah 1:1, we get to see Zephaniah’s ethnic background, heritage and royal lineage : “Zephaniah the son of Cushi, the son of Gedaliah, the son of Amariah, the son of Hezekiah, in the days of Josiah the son of Amon, king of Judah.”
Zephaniah’s father was named “Cushi,” and “Cushi” is used here as an adjective that means “black” in both Hebrew and Greek. “Cushi” was used as an affectionate term for a black person and simply referred to one of African descent. The word was used by Hebrew-speaking Jews to refer to individuals of Ethiopian origin, that derived from the biblical land of Cush.
Cush, if you remember, is one of the sons of Ham, who is the son of Noah. Cush, therefore, is Noah’s grandson. The territory named after “Cush” is called “the land of Cush” and is found in Genesis 2:13. Therefore, for Zephaniah’s father to be named “Cushi” was to signify that he is African (Ethiopian).

For Zephaniah’s father to be named “Cushi” tells us a lot about the ethnicity of Zephaniah as well as his heritage. All studies point to Zephaniah being a black prophet appointed to warn God’s people about His wrath on them for their sin.

Zephaniah is said to have been a prophet in the days of King Josiah between 610 and 641 BC. Apart from Zephaniah’s African descent, there is something else significant about Zephaniah: he identifies himself as the great-great-grandson of King Hezekiah. King Hezekiah, is the king who, upon being warned by the prophet Isaiah of his death, turned to the wall and prayed to God to extend his years. God granted Hezekiah’s request (Isaiah 38).

Zephaniah’s father was Cushi; his grandfather was Gedaliah, great-grandfather was Amariah, and Hezekiah the king was his great-great grandfather (see Zephaniah 1:1 above). Finally, Zephaniah, as the great-great-grandson of Hezekiah, is also part of the lineage of Jesus Christ and stands in his genealogy because Hezekiah is one of the kings in the genealogy of Jesus.
In Matthew 1, we read: 9 Uzziah begot Jotham, Jotham begot Ahaz, and Ahaz begot Hezekiah. 10 Hezekiah begot Manasseh, Manasseh begot Amon, and Amon begot Josiah. 11 Josiah begot Jeconiah and his brothers about the time they were carried away to Babylon. 12 And after they were brought to Babylon, Jeconiah begot Shealtiel, and Shealtiel begot Zerubbabel. 13 Zerubbabel begot Abiud, Abiud begot Eliakim, and Eliakim begot Azor. 14 Azor begot Zadok, Zadok begot Achim, and Achim begot Eliud. 15 Eliud begot Eleazar, Eleazar begot Matthan, and Matthan begot Jacob. 16 And Jacob begot Joseph the husband of Mary, of whom was born Jesus who is called Christ.

Zephaniah by way of his great-great-grandfather Hezekiah; was of royal lineage and linked to the genealogy of Jesus the Savior. Zephaniah was of royal descent and very likely lived in Jerusalem, since he describes Jerusalem in some detail in the prophetic book that bears his name. He mentions the Fish Gate and the Second Quarter:

10 “And there shall be on that day,” says the Lord,“The sound of a mournful cry from the Fish Gate,A wailing from the Second Quarter,And a loud crashing from the hills.11 Wail, you inhabitants of Maktesh!For all the merchant people are cut down;All those who handle money are cut off. (Zephaniah 1:10-11)

Zephaniah is another key African in Scripture that was used by the Lord to warn His people, being of royal lineage, and directly linked to the Savior. If there was ever any doubt about the inclusiveness of the Heart of God and the Gospel message. Zephaniah puts all that to rest.