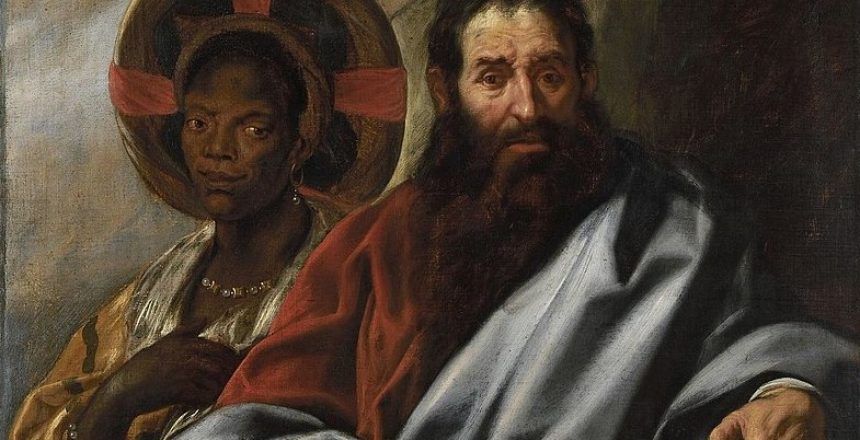 Numbers 12 (NLT)
1 While they were at Hazeroth, Miriam and Aaron criticized Moses because he had married a Cushite woman. 2 They said, “Has the Lord spoken only through Moses? Hasn’t he spoken through us, too?” But the Lord heard them.
9 The Lord was very angry with them, and he departed. 10 As the cloud moved from above the Tabernacle, there stood Miriam, her skin as white as snow from leprosy.
We learn in Numbers that “Miriam and Aaron spoke against Moses”. This occurred not just because they contested his position of leadership and spiritual authority, but for a third reason as well. Moses had married a black woman.
Moses had married a Cushite woman” (Num. 12:1). A Cushite is from Cush, a region south of Ethiopia, where the people are known for their black skin. We know this because of Jeremiah 13:23: “Can the Ethiopian [the same Hebrew word translated “Cushite” in Numbers 12:1] change his skin or the leopard his spots? The focus in this passage is drawn to the difference of the skin of the Cushite people.

In response to Miriam’s criticism, God does not get angry at Moses for his choice of marrying a black woman. God instead gets angry at Miriam and strikes her with white leprosy for her racist comments and actions.

What we learn from this story and the Scriptures is that:
1. All races have one ancestor, and all humans are created in God’s image.

2. The Bible doesn’t forbid intermarriage between races, but between unbelievers.

3. In Christ, our oneness transforms racial differences from barriers to blessings.

4. Criticizing just one interracial marriage was severely disciplined by God.

If you ever thought black was a biblical symbol for uncleanness, be careful; a worse uncleanness could come upon you like it did upon Miriam.
Lorenzo DellaForesta